Click here for an article about the show by Neil Zolot of the Saugus Advertiser on Wicked Local, with photos by Sabrina Ornae.

Click here for an extensive album of photos taken at dress rehearsal, by Sabrina Ornae.

This show is SOLD OUT for the second weekend.

Click here for an album of rehearsal photos, taken by Sabrina Ornae.

The Theatre Company of Saugus (TCS) is excited to announce the cast for our upcoming spring show, The 25th Annual Putnam County Spelling Bee.

Winner of the Tony and the Drama Desk Awards for Best Book, The 25th Annual Putnam County Spelling Bee has charmed audiences across the country with its effortless wit and humor.  Conceived by Rebecca Feldman and featuring a fast-paced, wildly funny and touching book by Rachel Sheinkin and a truly fresh and vibrant score by William Finn, this Spelling Bee is one unforgettable experience.

An eclectic group of six mid-pubescents vie for the spelling championship of a lifetime. While candidly disclosing hilarious and touching stories from their home lives, the tweens spell their way through a series of (potentially made-up) words, hoping never to hear the soul-crushing, pout-inducing, life un-affirming “ding” of the bell that signals a spelling mistake.  Six spellers enter; one speller leaves! At least the losers get a juice box.

At each performance, four audience members join the show as Guest Spellers.  They remain on stage until they misspell a word!

May 5 will be Adult Night at the Bee.  Naughty words are spelled or misspelled, so admission is only for ages 18 and older.  All other performances are appropriate for all ages including children. This performance is specially priced and includes: Pre-Show Reception — 8PM and Performance — 9PM.

Tickets will be on sale in March 2018 and can be purchased through out Tickets page.

We are pleased to announce the cast:

We welcome all the new talent to TCS:  Suzanne, Tessa, Daria, and Daniel.  And we welcome back Nicholas, Lauren, Amanda, and Sean, who have all appeared in TCS shows in the past few years.  And David, who was in a TCS show back in 2008.

Each performance will also have a Special Guest Speller and we are excited to share the schedule of Special Guests. Come see how far your favorite gets in the Bee. They might have to spell words as easy as “bee” or as complicated as “antidisestablishmentarianism” (though probably not something that difficult…).

This production is presented through special arrangement with Music Theatre International (MTI). All authorized performance materials are also supplied by MTI. www.MTIShows.com 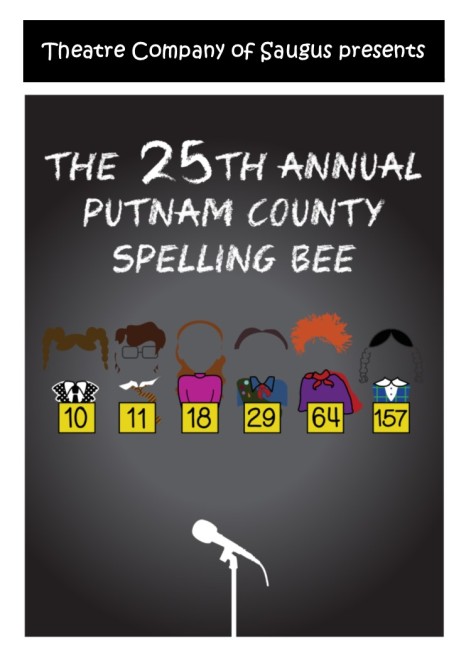